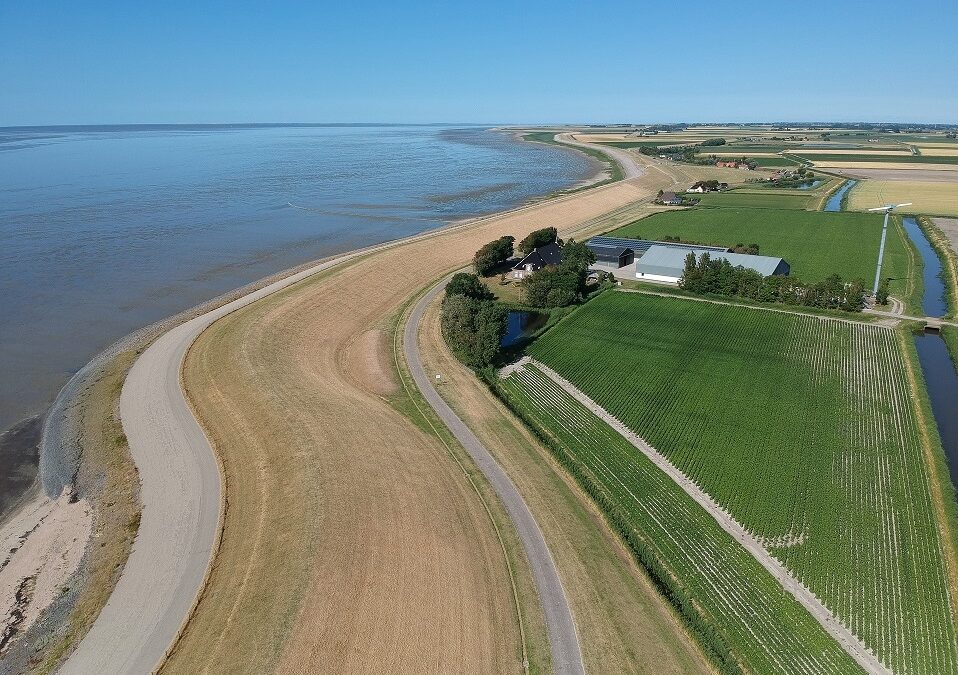 To address the degradation of the natural environment, agri-environment schemes (AES) have been designed within the European Union’s Common Agricultural Policy. AES have been criticised for showing low ecological effectiveness. To improve the schemes’ effectiveness, a collective approachrefers to a collection of approaches that involve more than two individuals or parties who are progressing towards a common goal by undertaking collective action. Collective approaches may make use of collective contracts and coll... More focusing on a landscape level as opposed to a single field or farm level is recommended. So far, this approach has rarely been applied across Europe. The Netherlands is an exception, where all AES have to be implemented collectively since 2016. Participation for farmers in the schemes is voluntary. Therefore, understanding farmers’ motivation to join is crucial as the uptake and implementation of measures is a prerequisite for achieving any effects. 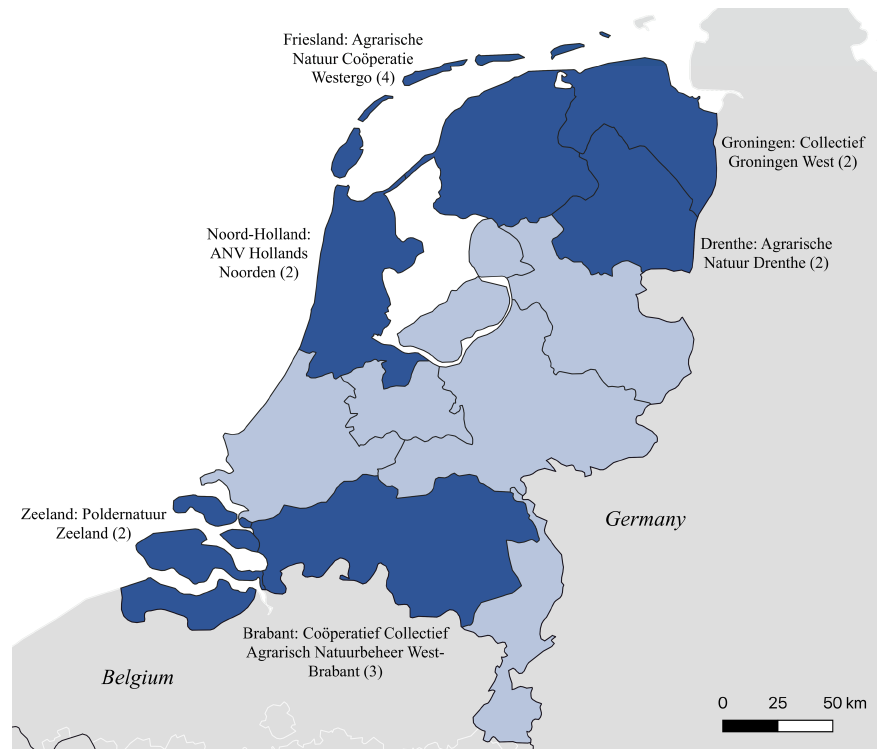 We carried out a Q-study to learn what motivates farmers to join collective AES. Q methodology explores different perspectives on a topic by combining quantitative and qualitative elements within an interview. For the quantitative part, we asked farmers to sort 37 statements into a grid. The grid ranged from -4 (disagreement) to +4 (agreement) and allowed the participants to sort the statements relative to each other depending on their personal level of (dis)agreement. We developed the statements based on an extensive literature review, capturing as many different aspects of the debate as possible. In the qualitative part of the interview, the farmers could comment on the statements, explain their sorting choices and talk about the advantages and disadvantages of the schemes.

All farmers share great affection and care for nature. They agree that taking care of the environment is part of being a good farmer. They appreciate the collectives’ collaborationPeople working jointly towards a common goal, involving regular interaction among the collaborating individuals. May also apply to organisations. Belongs to the range of collective approaches. Synonym: Cooperation More with nature conservationists and citizens. Financial compensationIn the sense of the polluter pays principle: Compensation of the loss of performance and functionality of the ecosystem through appropriate measures. In the sense of incentive creation: A remuneration (typically based on the conce... More for the measures is important, however, it is viewed as a necessity to enable required changes in farming practices rather than an additional source of income. Individual independence is crucial to all participating farmers, yet, they don’t think that cooperationSee collaboration. within the collective threatens their autonomy but rather strengthens it. All farmers strongly reject the idea of having joined the scheme because of fellow farmers’ participation. They do not necessarily trust that their neighbours are good partners for cooperationSee collaboration.. At the same time, they are not afraid that someone in the collective would benefit without contributing. While it is central for them that people acknowledge their efforts within the schemes, they do not perceive pressure by society that would influence their actions.

Advantages and disadvantages of collective AES

The collective scheme offers many advantages to farmers, notably improved ecological impacts and support from the collectives. Farmers appreciate that the collectives assist with applications and administrative tasks and facilitate exchange with fellow farmers, creating room for discussions, mutual learning, inspiration, and network building. Another significant advantage is the provision of knowledge and advice with close contact between farmers and the collectives’ field workers, who speak the farmers’ language and know what’s going on in the region.

However, farmers still wish for more flexibility and a better integration of their knowledge and experiences into scheme design and decision-making processes. Policy processes should be transparent and promises should be kept to avoid disappointment and mistrust. The consequences of joining the schemes should be communicated openly to prevent farmers’ concerns about raising conservation standards and land possibly becoming protected and excluded from farming activities. It might be worth evaluating the possibility of providing voluntary long-term contracta formal, written agreement for a specified duration signed by (at least) two parties. In Contracts2.0, we acknowledge the existence of informal contracts but use formal contracts to focus the research. More options for certain measures to allow for better planning. Also, the government should guarantee sufficient funding to enable all applying farmers to join the schemes.

Communication with the public can still be improved to better show farmers’ achievements. Also, between the different collectives, communication could be enhanced to allow for a better exchange. A prime example is the approach to tackle predation in meadow bird management, which in some collectives works better than in others.

A large-scale survey-based follow-up study, including non-participants in collective AES, would be needed to reach representative results. Many of the caveats for collective AES described in the literature were not confirmed, some of them were even explicitly dismissed by all participating farmers, for instance, the fear of depending on others or the risk of others benefitting without contributing. The findings indicate a potential to promote the Dutch approach to AES in other regions if organisations similar to the Dutch collectives exist (or develop), which would offer the necessary support for farmers.

In Contracts2.0, we will continue to explore how the Dutch approach can be enhanced and how AES can best be implemented collectively in other European regions, such as the French CIL Hautes-Pyrénées, the Belgian CIL Flanders or the German CIL NRW.